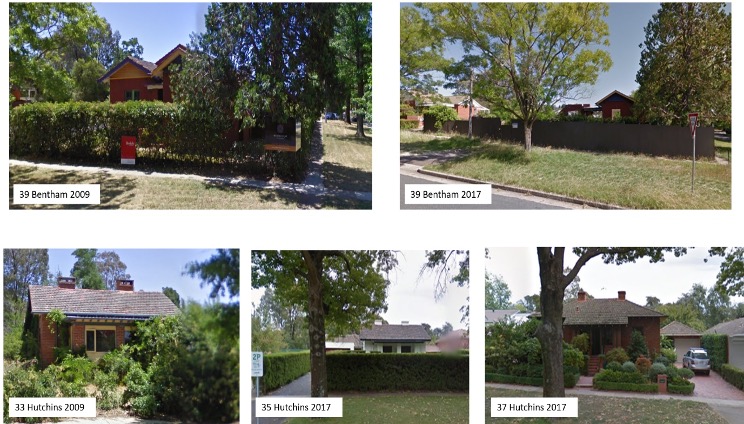 The blocks 39 Bentham and 33 Hutchins Street opposite Yarralumla Shops were part of early 1920's Canberra Brickworks Housing Precinct but are now a derelict site. [Blocks 8, 11 and 19 (previously 12 & 16) Section 64, Yarralumla]

A development application was lodged in August to resume work on the site.

The YRA lodged a submission setting out the reasons why the DA does not comply with both mandatory and non mandatory requirements of the Multi Unit Housing Development Code 2020 and does not meet the requirements to preserve the heritage of the site.

Access Canberra has advised that the site has now been classified as an “untidy site” and formal action taken under the Planning and Development Act 2007 to improve the look of the site. The YRA will continue to monitor the site and press for action. The YRA is also keen to see the site developed but only after appropriate community consultation on any new development application. 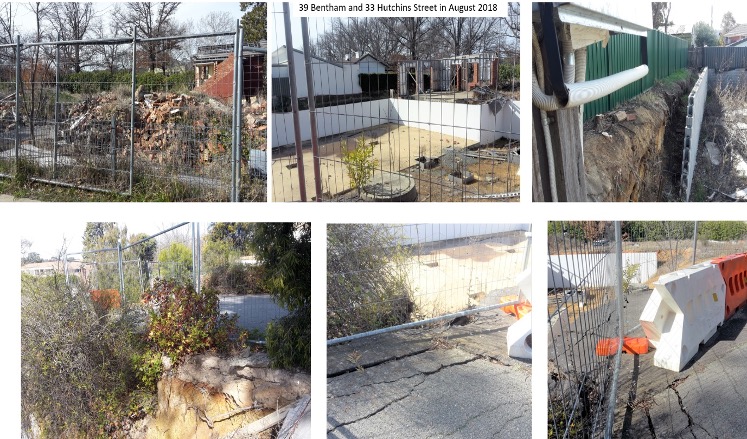 The Canberra Brickworks opened in 1913 and in 1921 the first permanent cottages were built on site and these were some of the earliest Canberra houses. The designs were taken from the Littleton housing development at Lithgow, NSW.  Littleton was implemented in 1919 by the Federal Department of Works and Railways, which was also responsible for building Canberra. The design and layout of the 1921-22 houses applied Garden City principles and included hedges and backyard garages, with substantial open space within blocks and street trees typical of Griffin’s suburban planning concepts.  The houses at 37, 35 and 33 Hutchins Street and 39 Bentham Street, [Blocks 8, 11 and 19 (previously 12 & 16) Section 64, Yarralumla] were constructed in 1921 and 2004 were listed on the ACT Heritage Council’s Heritage Places Register in 2004 as they retained this original architectural style and character. 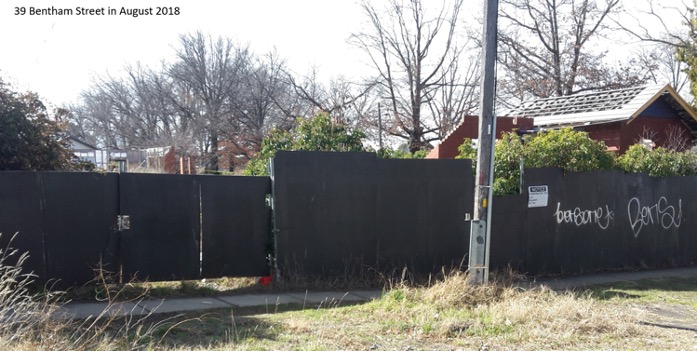 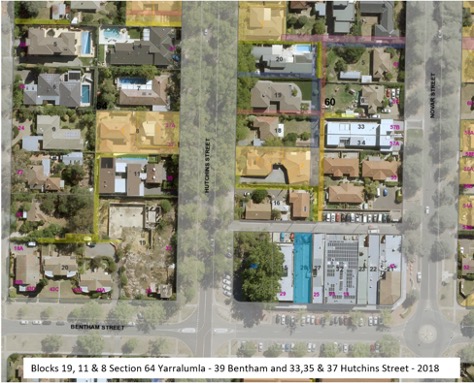